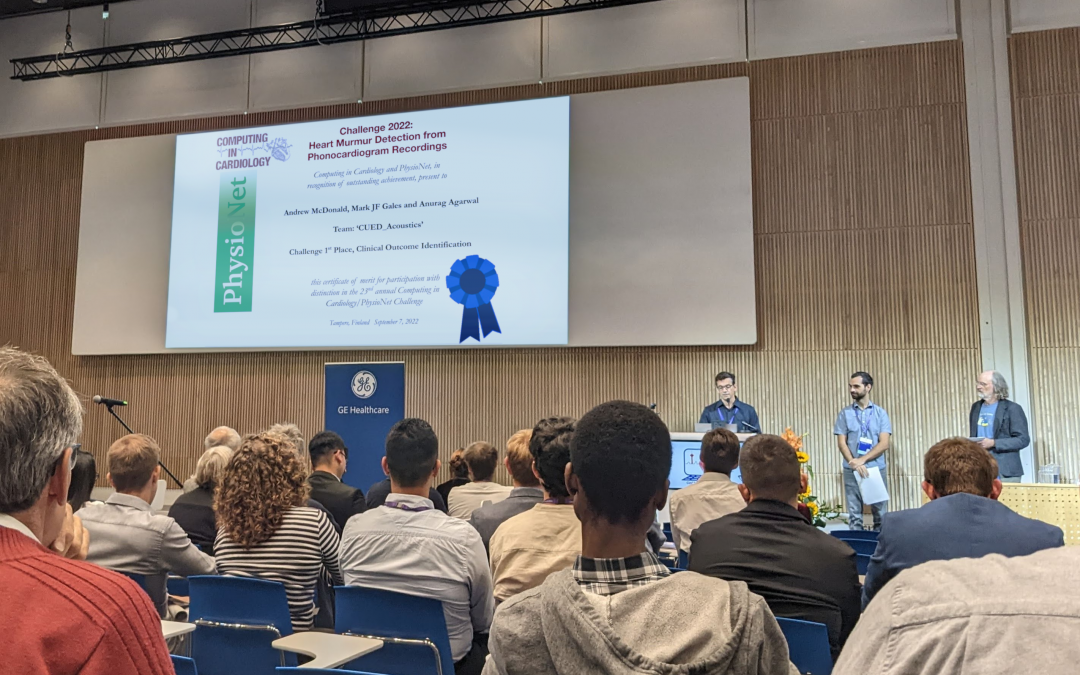 The George B. Moody PhysioNet Challenge (formerly the Computing in Cardiology/Physionet Challenge) is an annual, international competition (https://moody-challenge.physionet.org/) where teams are tasked to solve clinically interesting problems.

The stethoscope is a common medical tool used by doctors to listen to the chest (this is known as auscultation). Auscultation is a quick and non-invasive to screen for cardiac abnormalities, by listening for abnormal heart sounds (murmurs) or rhythms. However, it requires significant training and skill to perform accurately. Automated analysis of heart sound recordings is a promising solution to improve the accuracy and accessiblity of auscultation, making it a tool for a wider use in the community by any healthcare professional. The George B. Moody PhysioNet Challenge 2022 tasked teams with detecting and classifying murmurs in a new paediatric dataset, collected as part of two screening programs in Brazil.

Teams were asked to design an algorithm that can use electronic stethoscope recordings to predict whether the patient has a heart murmur, and further whether the patient’s final clinical diagnosis was “normal” or “abnormal”. The performance of each team’s algorithm was then evaluated on a hidden test set at the end of the challenge, to assess how well the approaches would generalise to new data. 40 teams from universities and companies across the world competed officially.

The CUED Acoustics Group has been researching automated heart sound analysis since 2016, when we entered the 2016 version of the challenge (also on automated heart sound analysis) and achieved third place. Building on this research, our team was awarded an MRC DPFS grant to develop an algorithm to use stethoscope recordings to classify the presence of valvular heart disease in patients. This grant funded an NHS clinical study to collect patient data from multiple NHS trusts across the UK (Papworth, Birmingham, King’s College London, Imperial College London, Oxford). We have recently finished data collection, with over 1250 patients recruited.

Our team entered an approach into the 2022 challenge, developed from research carried out during the PhDs of Edmund Kay and Andrew McDonald.  The research was presented orally by Andrew at the annual Computing in Cardiology conference in Tampere, Finland, earlier in September. At the challenge, the winners were announced. We won the top prize in both tasks.

We hope to publish our approach as part of a special journal issue on the challenge later in the year. The algorithm code will also be published, under an available source licence for academic use.